------------------------------------------------------------------------
http://www.worldsfastestindian.com/ 5+++ stars.
Some words on the town in New Zealand:
http://tonymilne.blogs.com/i_see_red/20 ... _fast.html
Probably the best Hopkins film ever. About two hours long. Don't drink coffee or anything before you go that will make you pee. The older you are, the more you'll like the film.
My first junk heap was that exact Chevy, Burt found in L.A, but a '53. Same color. Same broken rear side-window. Burt's ride in New Zealand was a Vauxhall. I saw it on the on the hood latch.
The Scout sounds just like it should. So well written was that trailer scene. And true as New Zealand, the way folks live as a society, in a temperate territory, with spread-apart colonies of people. They may not all like one another, but there's a bottom-line thread of caring that's not lost. The film director never sets the audience up, to let them down. An interior shot from the inside of the "Specials" rear wheel is all about "Akront". Glad they took the effort to show us. Genius in the details, start to finish. The sets were well lit with focus you're rarely shown in "movies". Lots of contrast between the elements out there. Hopkins is the garage m/c wrench of the '30's - 90's that I remember. Reminds me of my own early Harley education. And, never a curse word heard. Nice they were able to tell a story without it. "Films" are where it's at. We get more bang when these guys collaborate, then craft a perfect story for the art-cinema market; hedging on a gamble that one day people will "get it", and then they DVD it. That would be text-book success. Classic.
IMO, catch the first ($5.00) mantinee, when less people are in the theater. I took my wife, and she truly enjoyed it (objectively). I was riveted (subjectively) and I think the more people you take with you, that know what it's like to live the life, the better the conversations will be after the last of the credits roll by. You'll have more sets of eyeballs trying to pick-up on flaws. And they want you to. That's part of their effort - to craft a seamless piece that you can't fault. Antiquers! I thought there was an STP sticker on the machine that might be wrong, but you never know what year you're in, looking at a neighbourhood in New Zealand. My wife never caught me crying. I pulled it off. The only time I flinched, was when she asked me for a popcorn-napkin and complained because the one I passed her was damp.
Indian has taken over first place, and it won't be topped for a long time. Every motorcycle on the beach in NZ, was exactly those that were ridden at that particular snapshot in time - right down to the tire rubber.
I saw Jim Lattin in the credits as owner-provider of the machines. Both 2 & 4 wheel I presume. Thanks for the ride.
Burt in his element:
http://www.biker.co.nz/Reviews.asp?id=122

That was a sweet ride, after a "crankshaft turning" on the journal, & fitting an oversize bearing..
Top

Yep....the '53. The back of the front seat had that OEM vinyl covered "drunk rope" attached from driver to passenger side. Same faded blue color. Three hub caps. I thought that ol' '53 was chasing me through time. Scary.
This film is the kind that you'd drive 100 miles to see. Worth the pligrimage. Absolutely. It's starting to make a bigger circle of movie-houses out here. Good thing.
Top

Yep, '53 I sure remember the 'drunk rope' you've described..

Finally found the opening dates for N. Carolina. Starts this Friday, 24Feb, in quite a few places. I'll catch a matinee on Saturday. May go again on Sunday.

But I sure do look forward to seeing this movie w/popcorn !!

Thought I'd add a bit to this thread.

Back a number of years ago (late 80s/early 90s?) Dean Hensley brought one of Burt's streamliners to the Cheif Blackhawk AMCA meet at Davenport, IA. The bike had been completely restored by Dean and every couple of hours his crew would hook the power starter to the engine and fire it up giving the crowd a demonstration of a real motorcycle marvel. At idle, you could feel the rap of the exhaust thumping you on the chest, and a blip of the throttle would tell you there was a lot of engine settin' there in that stretched out cycle. I believe the bike is still ownd by the Hensley family but unfortunately Dean passed away.

Here's a nice shot of the bike with Dean's brothers.

Thought I'd add a bit to this thread

And we're glad you did. Thanks. Only 8 post's from you? We'd like to hear more. Bring your friend too.
Wasn't Dean from the San Diego area? I believe I met him when the H-D/Indian writer Alan Girdler was in town.
I don't think I've ever seen a better bike-flick than "Indian". You have to thank Roger Donaldson for that....he didn't miss the authenticity of the film at all. M-m-m-m.... I can smell the nitro from here.
If you ever come upon a black-billed Harley hat like yours, in size 7-1/4, just buy it and I'll PayPal you some schecks. Nice scoot for two-up. What year? Looks '59.

Sure 1956-57. I read the tank panel as '59-60.
It would be good if you could conduct an interview/pic-torial with Bruce Palmer. You could feature his Navy-flap 45 project, and also record what he would like to revise on the Harley-Davidson Restoration manual. If you're not going to Florida, you could conduct the interview through emails and jpg. pics (the pics have to be hi-rez for publication). This would be a series of interviews with early OHV authors, and focus solely on rigid Panhead at first.
If your interested, then fill in the gaps in the plan and let me know, so I can beat the bushes for sponsorship. Easiest and quickest to press, would be the email route. Iron Horse Magazine would be the newsstand outlet, with different pics (though same subject) and story-line here on HGN. Riders should be able to read about topics here and then see another version in Iron Horse later in the month. Rigid Pan related only, at first. We want to broadcast to a people-base who have the same exact nut and bolt interest, and not mix apples with oranges, imo
Last edited by Anonymous on Fri May 23, 2008 5:23 pm, edited 1 time in total.
Top

I met Dean at Davenport back around '84 or so when he purchased a little blue Hummer from a friend. Here's some more shots from that site. 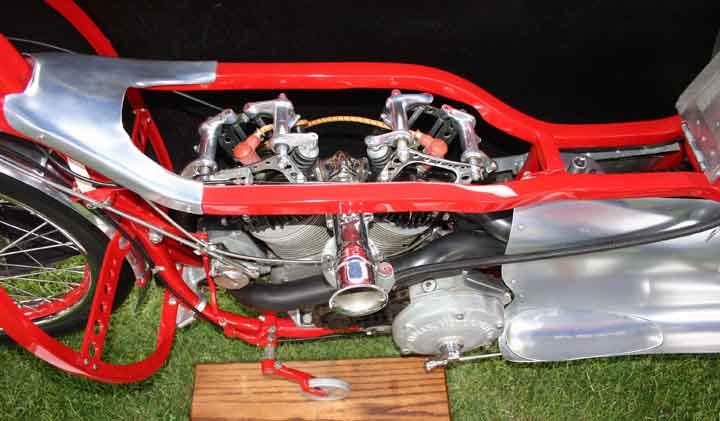 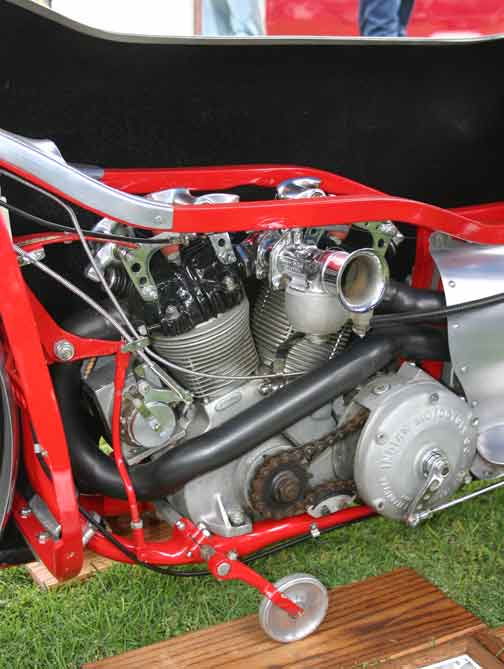 The bike in my avater is an original '56 FLH I purchased from the original owner in '83. She's a sweet ride that has original paint and has never been apart for engine work. There are two shots of it in the panhead gallery around page 12 or so.

I'll keep the feelers out for the hat for you.
Top

that is very cool thanks for posting it!

Dean was a Pasadena guy, used to throw parties at his house south of the Rose Bowl, as I remember the proceeds went to support the AMCA. He had one of the best collections I had ever seen, think I remember the Munroe Indian and a board tracker displayed in his living room. He once steered me clear of a worn out Vincent priced at $4500. because it was too expensive, how things have changed.
Top

Great post and great movie! I understood Anthony Hopkins did the film for half scale wages because he loved the story and didn’t want to be only the villain from the “Silence of the Lambs”

dcmc wrote: ↑
Sat Sep 28, 2019 6:41 pm
Dean was a Pasadena guy, used to throw parties at his house south of the Rose Bowl, as I remember the proceeds went to support the AMCA. He had one of the best collections I had ever seen, think I remember the Munroe Indian and a board tracker displayed in his living room. He once steered me clear of a worn out Vincent priced at $4500. because it was too expensive, how things have changed.

I used to visit with Dean at the Vintage GP in Steamboat Springs in the '90s. Really nice guy and was very sad when he left us.
Top
Post Reply
14 posts • Page 1 of 1