Information on the identification and numbering of frame, motor belly, transmission and other parts
Post Reply
32 posts

Look on the rear motormount!-A 7 or H will be stamped on both halves .---respectfully---RICHIE

In any case, does the sans serif 7 have to be there in order to be legit?
Top

If there is no 7, the motor is an EL 61-inch, and the belly numbers should start with a 2.
Top

Lemme try to get some pics posted...perhaps you guys can decipher a 7 in the photo.
Top

I see the motor is a '65, and I'm not sure it the stamps should be 7s or Hs, but here's the 7s stamped on the rear mount of my '52 FL motor. The H's will be stamped in the same location.
(Note to all viewers: the motor mount bolts shown in the photo are NOT the correct bolts, these are just temporary hardware-store bolts used for mockup only. Correct bolts are Parkerized.) 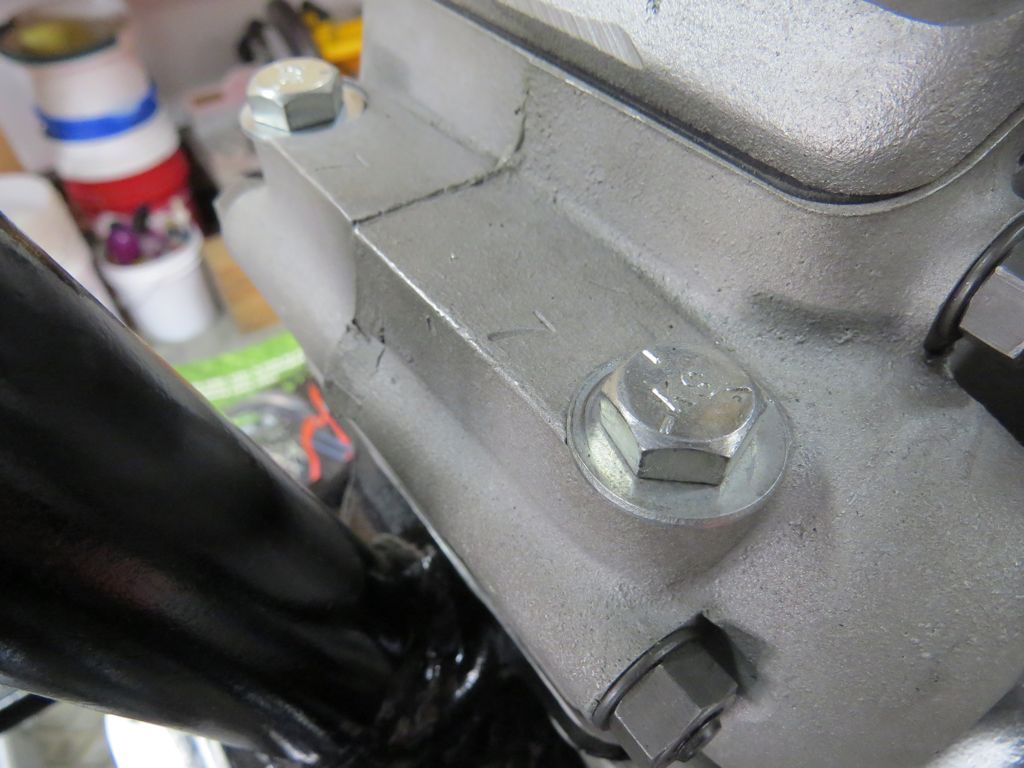 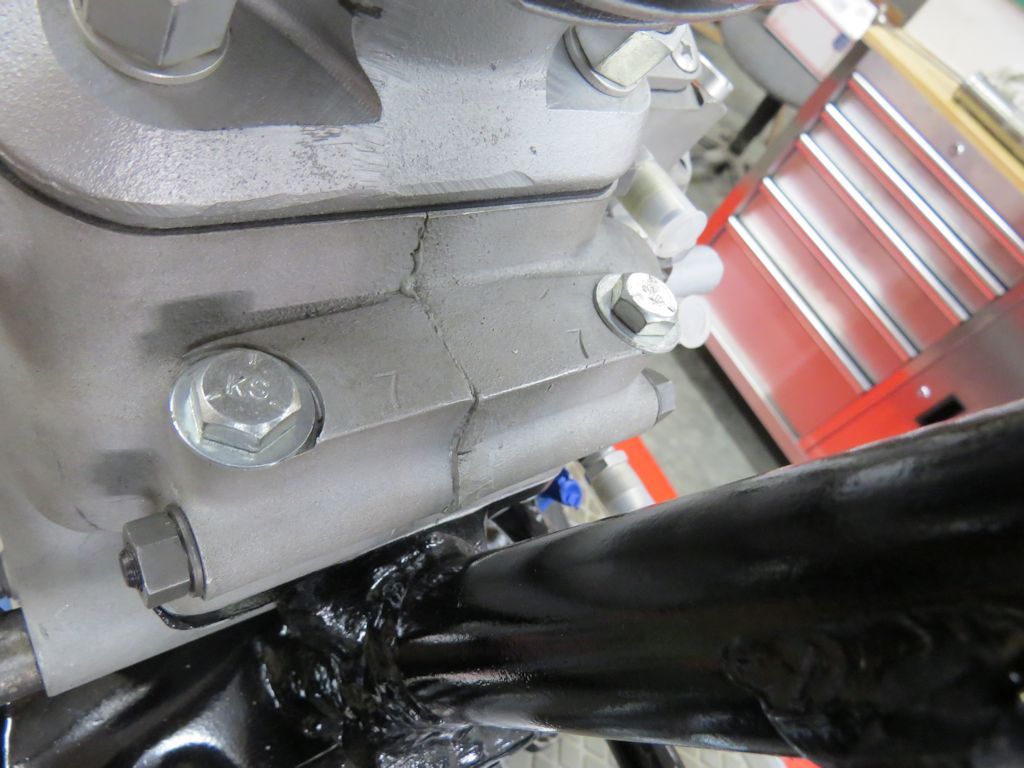 Panacea wrote:http://www.antiquemotorcycle.org/bboard ... ok-Project There is a thread about the 65 on the AMCA forum, there are a couple pics of the case breather fitting discussed...Mike

Mike, just a comment--- viewers are not able to see the photos on the AMCA forum unless they are registered members.

I also need to say that of course Robbie and Eric aren't the only people that know this stuff, I didn't mean to dis anyone else here by omission.

If your 65 is an FL, I don't think there will be anything stamped on the rear motor mount area.
VPH-D
Top

Ok, well...some of are saying it should be, some not...which is it? Can we find a consensus?
Top

Location: near the center peoples republic of Kalifornia.
Has thanked: 9 times
Been thanked: 4 times

My unmolested FLH '65 motor has an "H" at the rear upper mount area on each side.

We need another 65FL owner to check his motor...
Top

kevock1950, I can’t see anything wrong with the six visible VIN characters and they appear to be the usual H-D types for a 65 Pan. I think I know what the two blacked-out characters are because I have a photo from a while back. Both those characters also appear to be normal Harley styles for a 1965 Panhead and although I won't disclose them in this thread I just sent you a PM in which I mentioned the full VIN. I do not know the owner/seller.

At first glance all the VIN characters may appear to have been lightly struck and we do see that from time to time but in this instance I’m wondering if they appear that way due to the case having been polished some time ago. That could explain why the VIN boss looks smooth and why both reinforcement ribs look a bit slimmer than original, especially near their upper end. It may also explain why four small indents/nicks appear to be absent from the upper left of the case. The indents/nicks are often found as original on certain Panhead left cases but I don’t see them in the photo and sometimes they are missing from cases that were polished at some stage. And polishing may have removed the 7s from the top rear of the cases.

You didn’t say whether or not you know how the 1960–69 even-odd code works but that VIN does comply with it.

You said the BNs begin with 1. That is correct for all 1965 model Panheads, FL and FLH. In full, the BNs should be formatted similar to the following example: 165-1234. Do the BNs match each other? Can you please post a photo of them (cover some characters if you want).
Eric
Top

VPH-D wrote:If your 65 is an FL, I don't think there will be anything stamped on the rear motor mount area.
VPH-D

What makes you think there wouldn’t originally be anything stamped there for a 65FL? Did you see the photo I posted of 7s atop the cases? I have plenty of examples of 7s stamped in that area but there was a good reason why I used that particular picture: the cases are stamped 65FL.