Odd numbers on this cilinder head

I finally found a good set of heads for my ‘58 project.
The are the correct model 58-62 heads.
After cleaning the rear head i found some odd numbers on this head.
The casting date is there 11-60, so guess they are november 1960.
But just under that number is another number, i think it is 333p or 833p.
Also on the opposite side of the casting numbers there is a letter D.
Does anybody know what these numbers are for?

Thanks for your reply.
The D is in the pictures as well, it is placed on the other side (not next to the date numbers)

Theo, I agree with you that 11 60 indicates November 1960. I do not know what the letter D indicates but in this instance I do not think it means April. I have seen the same type of lone D in that position on a rear head cast in Jan 61 (date code 1-61) and also on the rear head below which appears to have date code 5 61 indicating casting in May 61. 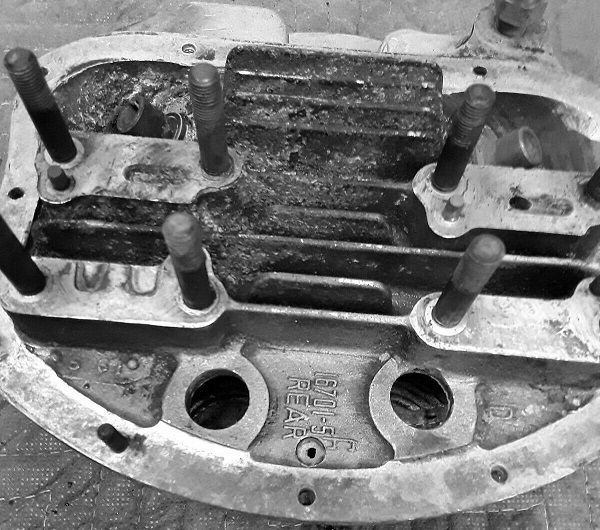 As for the other ID, it’s hard to say exactly what all the characters are but my next photo has something similar. Date code is 10 60 for Oct 1960 casting and the extra ID looks like 333. Obviously 333 is some form of casting identification but I don’t know what it represents and unfortunately I don’t have any other pictures of this head.
Eric 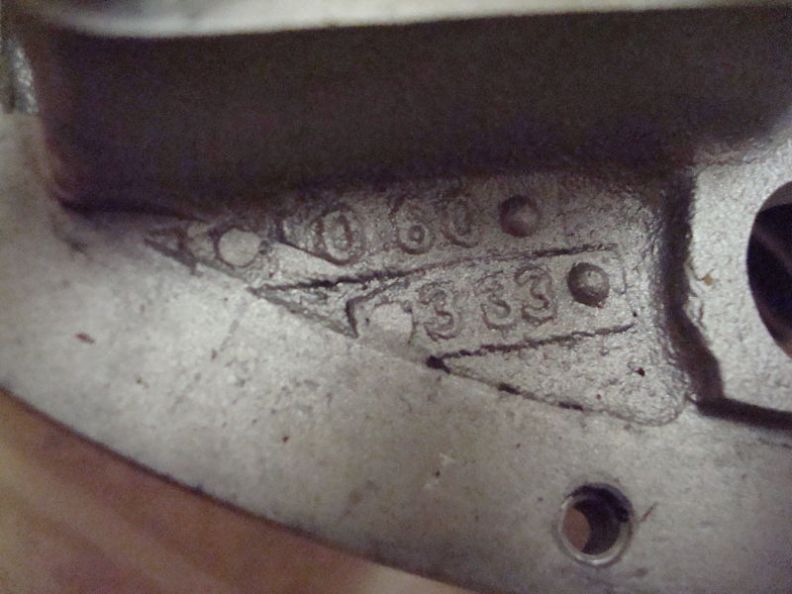 Thank you for your reply.
Guess the extra markings made sense back in the day (but not so much anymore).
I was just curious about these.
The head is in great ( not cracked) condition and perfect for my 58 project.
Thanks again.