After a slightly harder kickback than normal the kickstart lever wouldn't return to the normal stance, but just 10* before the resting point.
Decided to remove the kicker cover and check-out what was going on.
The culprit for not returning to the resting point is most likely the starter gear itself, it has damage between the teeth and the guiding plate: 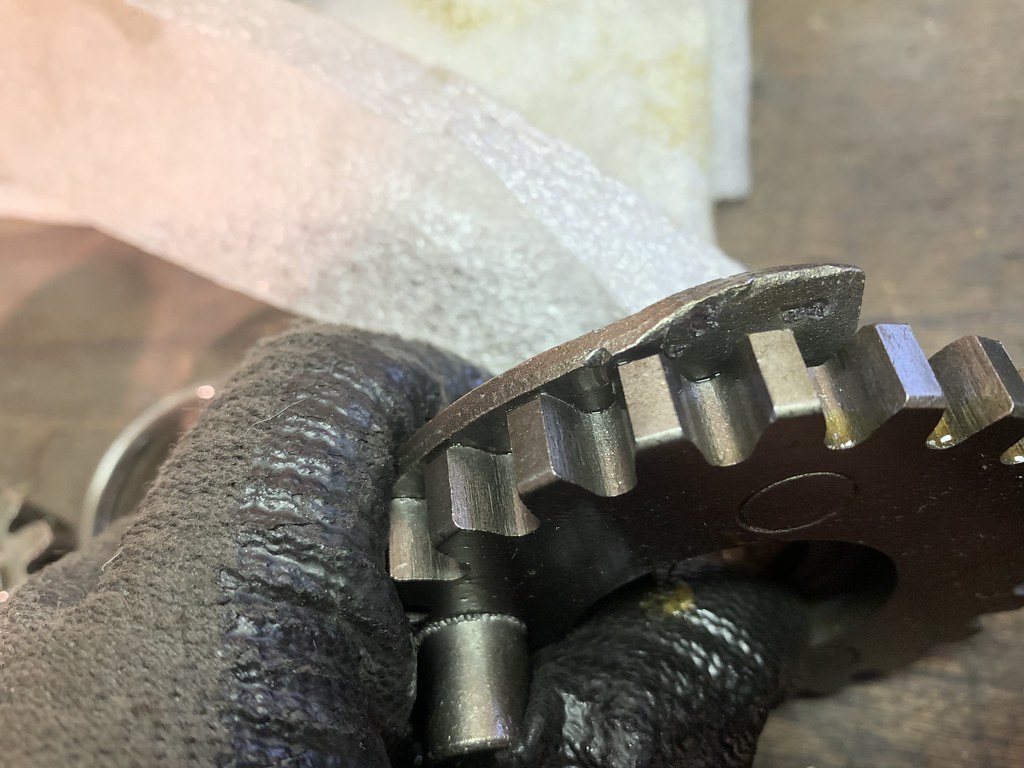 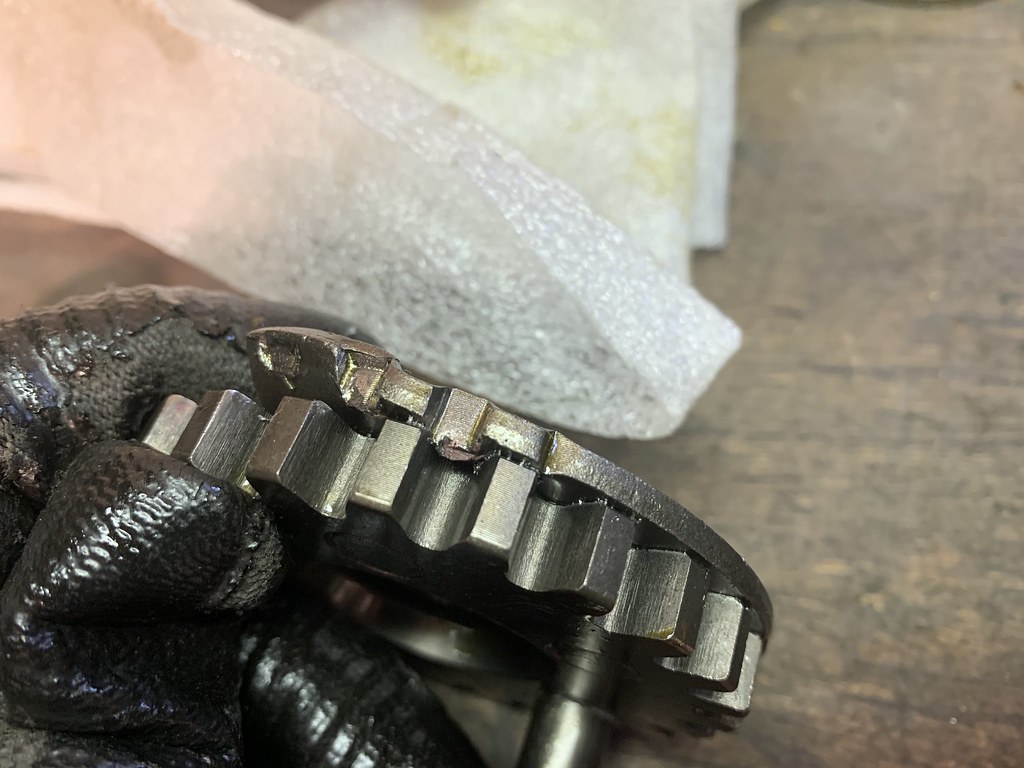 But also the kickstartershaft was bent slightly..

Now I can reassemble everything with new parts, but want to make sure it doesn't happen again, so curious to the cause. Was thinking about some misaligning. Perhaps the start clutch gear is to worn, got a replacement for that: 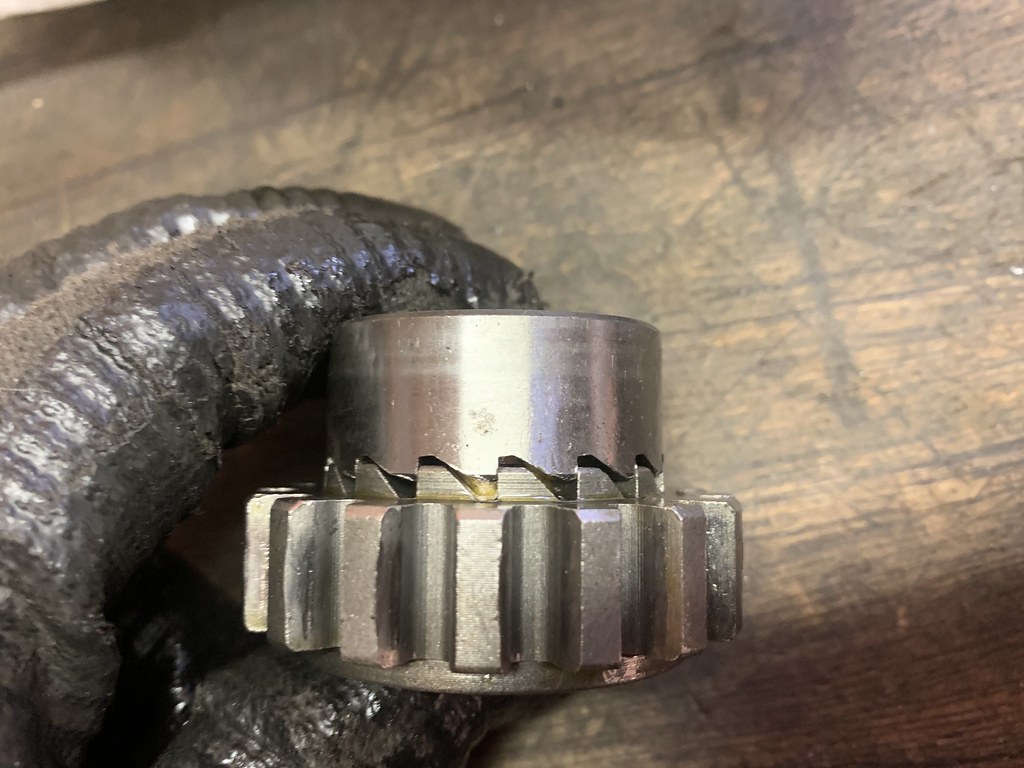 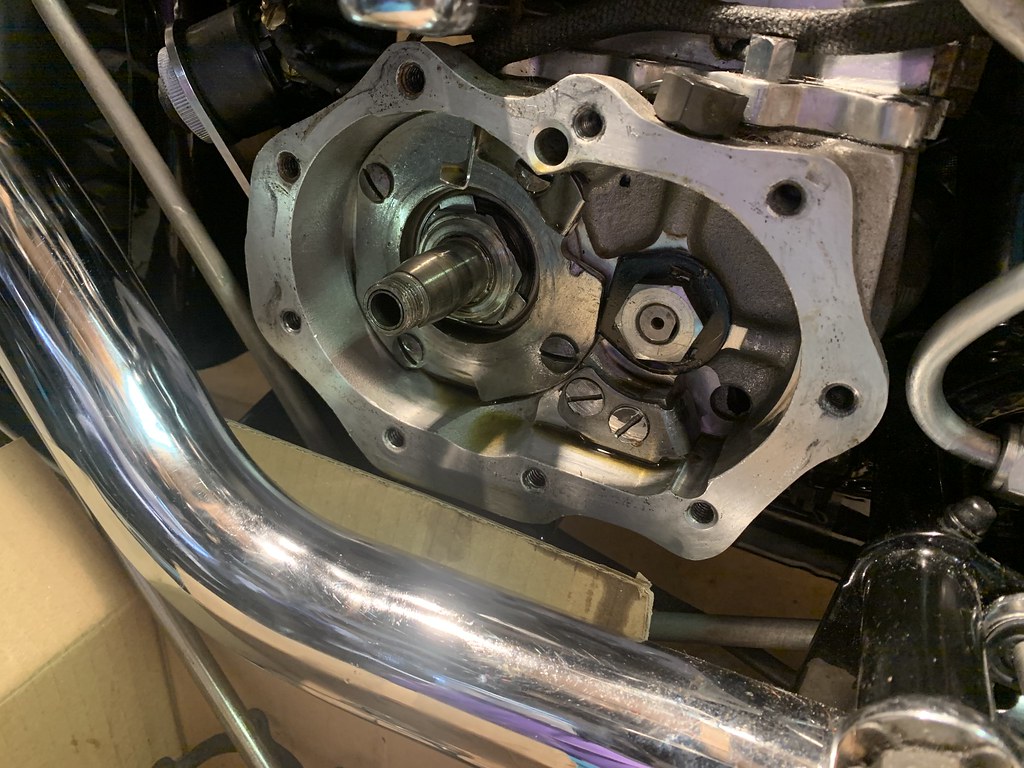 Looking forward to some input. Thanks.

Looks like you have some poor quality aftermarket parts beginning to fail. The ratcheting teeth should mesh deeper that they do, at least the one without the gear teeth is on its way out. Also the kicker gear is in need of replacement. I can not recommend a source for these parts as the last time I had to deal with a kick starter factory parts were still available.
Good luck, and best wishes.....RooDog
Top

From your pictures the aftermarket parts are junk.

I just recently went through this myself.

I opted for Baker kicker gears. They are expensive, but the fit and operation is great.
Top

I just recently went through this myself.

I opted for Baker kicker gears. They are expensive, but the fit and operation is great.

I read Bert Bker's rant about aftermarket kicker gears some years ago and it scared the $hit out of me regarding buying replacement kicker parts. I still have a milled kicker gear stashed back, you know the one with the square lug machined as part of the gear and not that pressed in pin the MoCo came up with in the late 1970s. But all this is a non issue with me these days as both my road bike have electric 5-speeds, no kickers.... LOL..
....RooDog....
Top

I agree with lowbikemike. I've had the Baker kicker parts for years and never had an issue. They are pricey but you'll never regret it. Gary
Top

Clear, for now I replaced the worn and damage parts, this included the original kickstart shaft 1 piece type.
Reamed the bushings for a Jims shaft and had to mill down the outside washer on the kickershaft a bit for it all to work perfectly.
Already notice a great improvement, however, based on your input, I do expect the AM parts to wear quickly and thus the baker set is on the list.
Thanks all.
Top

Right on re aftermarket kicker parts. I always keep an eye out at the swap meets, scrounge those junk boxes under the tables looking for original HD parts. They're there, you just need to look. The dead givaway is as per RooDog, or just look for the flash of copper plating on older original equipment. The Mo Co copper plated areas that they DID NOT want to be hardened in the carburizing process. You know, where they threw the parts in the oven with the bone derived charcoal to harden them up.
DD
Top
Post Reply
7 posts • Page 1 of 1